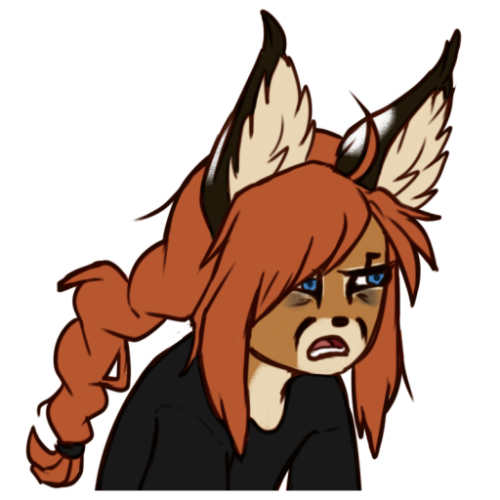 Mosa is a furry/fantasy/sci-fi illustrator who does commission work for hire.  He specializes in “teh pronz” and character reference sheets, but mostly enjoys painting nice scenes, and designing characters, sets, props, and other worldbuilding stuff like languages, cultures, and maps.

He is also a writer/worldbuilder who needs to get over his aversion to showing his personal stuff to other people. If you ask nicely in his discord server, he may let you read his stuff.

He has been doing commission work for over 20 years. (holy shit, he’s old :U)

Mosa is a furry, and his avatar is a cat. A caracal/serval/jaguarundi mix to be exact.

Mosa is originally Canadian, now living in Florida. He has a wife and two cats.

Also if you haven’t noticed by the random gifs, he really likes science fiction shows. Stargate SG1 is his favorite show of all time, and Atlantis was pretty good too. He pretends that Stargate Universe never happened.

And sorry Firefly fans, but Mosa thought that show was boring.

Other Places I Reside